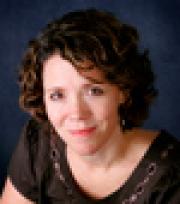 This lecture focuses on the fiction of the 20th-century Irish Catholic writers Kate O’Brien and Mary Lavin. Despite a profound respect for their religious tradition, O'Brien and Lavin both manifest in their writing a deep suspicion toward institutional Catholicism, even as they regularly depict women as nuns and congregants. Reynolds argues that a productive ambiguity characterizes their understanding of Catholicism, an approach enabled by their conscious invocation of forms and themes appropriated from international modernism. For instance, like other modernist writers of the early 20th century, these women employed innovative tactics to represent female interiority in their fiction. However, the private thoughts of their female characters are often inflected with the characteristics of prayer: the presence of imagined interlocutor, routinized verbal phrases and patterns, privately articulated desires voiced with the hope of response and fulfillment.

This lecture examines how these Irish women writers represent the practice of prayer, suggesting that they offer readers a unique “stream of consciousness” distinguished by its interweaving of Irish Catholicism and international modernism. By doing so, this paper intends to undermine further the long-standing claim that literary modernism was categorically hostile toward or indifferent to religion.

Paige Reynolds is professor of English at the College of the Holy Cross and author of Modernism, Drama, and the Audience for Irish
Spectacle (Cambridge University Press,2007).

This lecture is one of the Deitchman Family Lectures on Religion and Modernity.