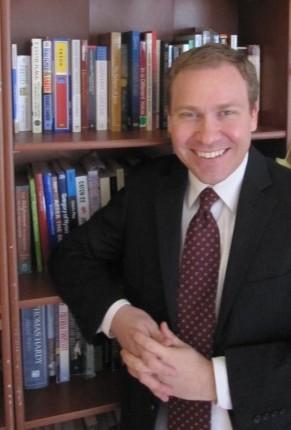 Launched at Holy Cross in 2015, Catholics & Cultures (catholicsandcultures.org) is web-based initiative that explores how faith is lived and practiced among ordinary lay Catholics in particular countries and cultural contexts around the globe. The initiative seeks to chronicle a diversity of Catholic practices — from the variety of local feasts and shrines, to the spread of Pentecostal-influenced Charismatic Catholicism, to the way faith informs family life, to the melding of Catholicism with indigenous and localized traditions. There is no other scholarly resource with this scope and scale broadly available to the public.

“One of the goals of the Catholics & Cultures initiative is to engage a network of scholars in the study of contemporary Catholic life around the globe,” says Thomas M. Landy, director of the Rev. Michael C. McFarland, S.J. Center for Religion, Ethics and Culture at Holy Cross, and founder of Catholics & Cultures. “Marc will help us to not only build upon our scholarship but also develop teaching strategies that draw upon this growing global resource, changing the way we teach Catholic studies to incorporate a contemporary, globally comparative perspective.”

Loustau, who holds a Th.D. from Harvard Divinity School, is a scholar of religious studies in the context of personal, social, and economic change. His research has focused on Catholicism in Eastern Europe where, after decades of official state atheism, there has been a prominent resurgence of religion in public life.

“To understand any aspect of life in Eastern Europe — the migration crisis, political change, economic change — you have to understand the religions and the role Catholicism plays in everyday lives,” says Loustau.

He completed three years of ethnographic fieldwork at the Csíksomlyó Roman Catholic pilgrimage site and shrine to the Virgin Mary in the Transylvania region of Romania. His dissertation based on this research examines pilgrimage and ritual, apparitions of the Virgin Mary, domestic material culture, and global Catholic new media networks to explore the various and complex relationships between subjective religious experience and global transformations.

At Holy Cross, Loustau is looking forward to teaching Contemporary Global Catholicism, in which he will highlight global themes in religious practice — such as religious freedom and liberation theology — that have distinct applications and real consequences for particular countries. In the process, he will be developing pedagogical resources that other faculty might use in teaching global Catholicism.

So far, there has not been a conversation on a national level about how to include global issues in Catholic studies.

“What do students need to know about global Catholicism? The question hasn’t been asked,” says Loustau.

Catholics & Cultures is an initiative of the Rev. Michael C. McFarland, S.J. Center for Religion, Ethics and Culture at Holy Cross. Learn more at www.catholicsandcultures.org.